A solar photovoltaic system can also be installed on the roof?

Why should a solar photovoltaic system be installed on the corporate roof ?

At present, the domestic economy continues to develop, and energy shortages and environmental pollution have become two major issues that slow long-term economic development. The development of solar renewable energy has become an important development direction of global energy. 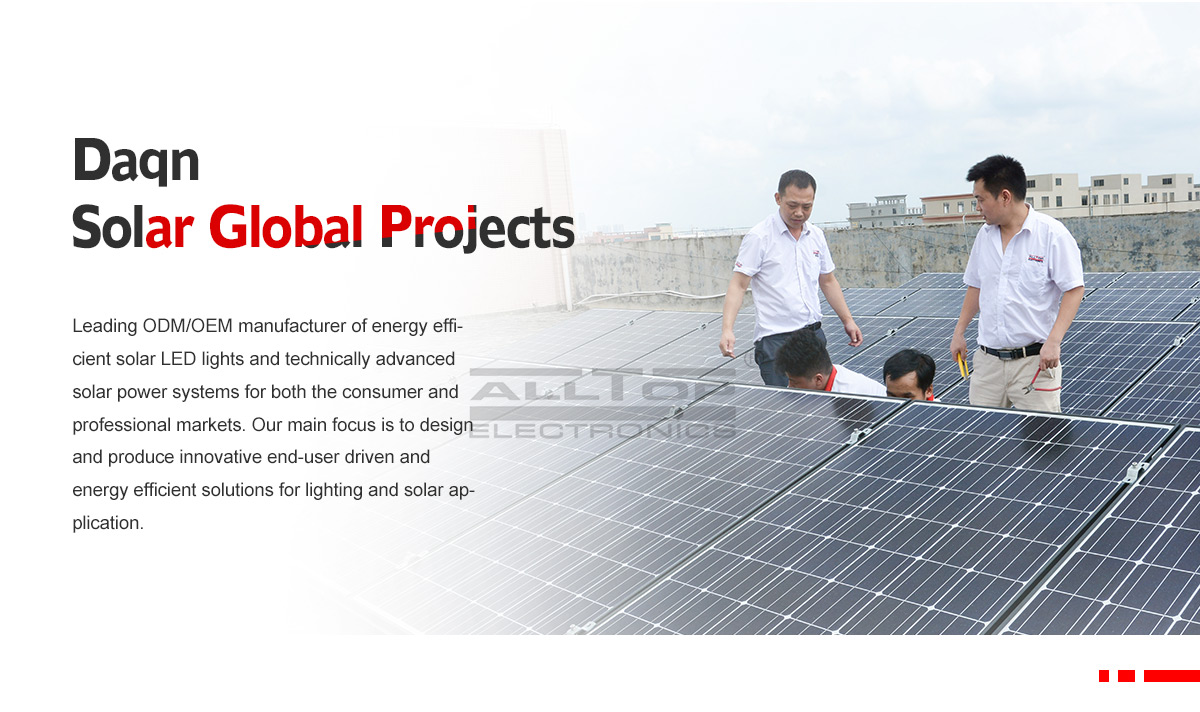 "Photovoltaic + industrial and commercial" has become a new development model for enterprises, and the roof of the plant has become a "solar panel roof". In other words, companies can build a photovoltaic power station on the roof or roof of their own factory like the roof of an ALLTOP company, so that the power generated by the power station can be provided for their own use or sold to the national grid, which can be fully utilized. Enterprises idle the roof to make money, this model has also become the first choice for many enterprises to open source and reduce costs.

According to reports, many domestic companies have already keenly smelled business opportunities. JD.com announced that it will fill distributed photovoltaic power generation on the roofs of logistics parks with a size of more than one million square meters across the country. . Among them, ALLTOP has successfully completed the installation of solar photovoltaic power generation systems on many occasions; for example, Kenya has officially completed the grid connection of cities and towns on February 6, 2018, and the remaining 9 cities and towns have been successfully connected to the grid in October 2018 to successfully generate electricity; African dried fruits in 2018 Also successfully installed. Through these cases, we can see that the reason why "solar photovoltaic + industry" is continuously optimistic, according to relevant statistics: the scale of China's industrial and commercial rooftop photovoltaic market will exceed 210GW.

And with the continuous advancement of urbanization, this number is likely to reach 300GW in 2040. Among them, the annual installed capacity in 2016 is 6.4GW, and the annual installed capacity in 2040 may reach 125GW. As a member of the wave of the industrial and commercial photovoltaic industry, Nenghuanbao always adheres to its own pace and has its own insistence. From the perspective of the enterprises themselves, the establishment of these power stations can help them save electricity costs, revitalize their fixed assets, tap and use idle resources of enterprises, improve industrial efficiency, and create economic value!

At present, there are many measures at home and abroad, which stipulate that the annual comprehensive energy consumption exceeds 1,000-5000 tons of standard coal, the annual power consumption of commercial enterprises exceeds 3 million kilowatts, the energy consumption of 10,000 yuan of industrial added value is higher than 1 ton standard coal, and the roof area The roofs of enterprises over 1,000 square meters must be distributed.

Forced supporting construction of distributed provinces continues to increase installed capacity. For development companies, the development obstacles are relatively small. Many companies are gradually turning to distributed project investment, and competition is fierce.

Emissions trading startup has to be installed

So for industrial and commercial owners, what are the two points of this system that need attention?

1.If your company belongs to key emission industries such as petrochemical, chemical, building materials, iron and steel, nonferrous metals, papermaking, electricity, aviation, etc., it is best to hurry to install photovoltaic power plants on the roof, which will help reduce carbon emissions, not much Spend money on carbon emissions.

2. Even if your company is not in a key emission industry, you can also use a large area of the factory's idle roof to install a solar power generation system.On the one hand, you can earn electricity fees, on the other hand, the industrial and commercial electricity prices are more expensive, and you can save by using photovoltaic power generation. Electricity charges, and secondly, you can get more income by joining carbon emissions trading, packaging green power from photovoltaic power plants into saleable carbon emission quotas, and selling them to high-energy-consuming enterprises that need to buy quotas.

Benefits of installing photovoltaic systems on industrial and commercial roofs

Some production enterprises have roofs ranging from several thousand square meters to tens of thousands of square meters. After the installation of photovoltaics on industrial and commercial roofs, these large unused sites have become valuable resources, revitalizing the fixed assets of the enterprises and increasing more profits for the enterprises.

Industrial and commercial solar photovoltaic power generation systems can reduce the energy consumption of enterprises and achieve government-defined energy conservation and emission reduction targets. Coupled with the vacancy in areas free from resource distribution, the advantages of building roofs are safe and reliable, no noise and no pollution. This is also one of the main reasons for many photovoltaic institutions to build photovoltaic power generation.

It is understood that the small-scale distributed solar photovoltaic power generation system on the roof refers to the construction of power users on nearby roofs, grounds, ponds, breeding farms, plantations and other convenient places to use, and directly converts them into electricity after receiving solar radiation with solar panels. Method, and then convert the generated electricity into 220 volts or 380 volts of AC power that can be connected to the grid and then integrate it into the national power grid to achieve spontaneous and self-use. .

ALLTOP Lighting has 13 years of R & D technical experience and R & D team in the solar industry. It has solar systems, water pumps, solar lamps, etc. The main products are three major production lines of solar photovoltaic, solar panels and inverters. In fact, it is an integrated Sex business. Until today, especially last year, we have made three of the most advanced production lines in the country, specializing in solar photovoltaic modules. Our current goal is to use the best technology to make the best solar products.