Solar inverters, sometimes called PV inverters, are types of electrical inverters which are developed to change a DC (direct current) voltage from photovoltaic arrays into AC (alternating current) currents which in turn are used to power home appliances and some utility grids. These solar inverters are very popular nowadays as electricity costs continue to rise. Also, this helps conserve energy for future use.

These stand alone solar inverters are called such because they do not need to be hooked up into a solar panel. Instead, it draws its direct current (DC) power from batteries which are charged by photovoltaic (PV) arrays or other resources such as engine generators, hydro turbines and wind turbines. There are a lot of these stand alone inverters which integrate vital battery chargers to refill the battery coming from an alternating current (AC) source whenever possible. Because these inverters are isolated from utility grids, they do not require anti-islanding protection.

The battery backup inverters are extraordinary inverters which are developed to get energy from batteries and manage the energy charge it got from the battery through the onboard charger, and brings the surplus energy to your utility grid. These battery backup inverters are able to supply alternating current (AC) power to selected areas which require energy during a power outage. They are required to be installed with an anti-islanding protection.

Applicable places where these products are suitable:

(1) Small power supply ranging from 10 to 100W, used for remote and non-electric areas such as plateaus, islands, pastoral areas, border guard posts and other military and civilian life, such as lighting, television, tape recorders, etc.;

(3) Photovoltaic water pump: to solve the drinking and irrigation of deep water wells in areas without electricity. 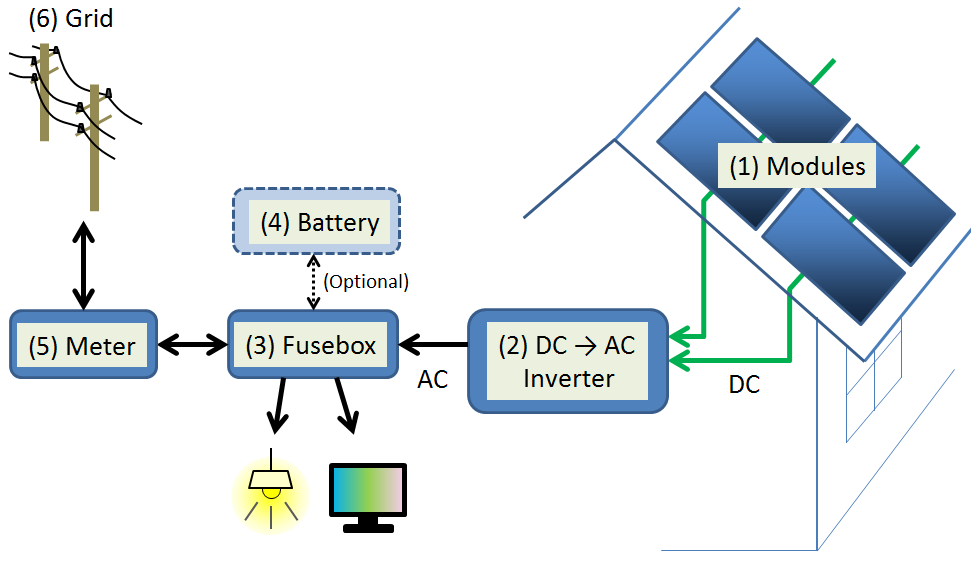